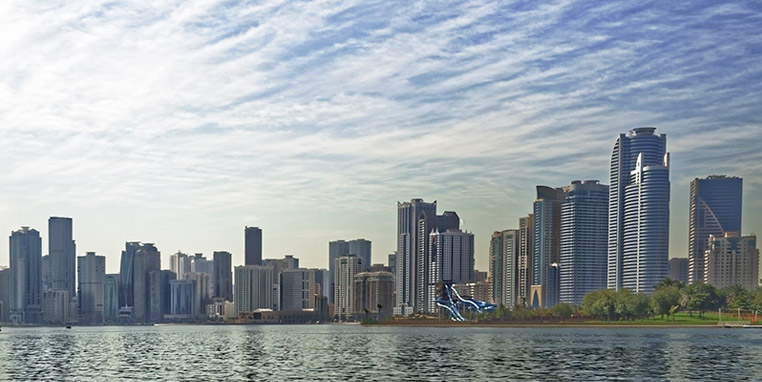 One of the Emirate of the UAE, Sharjah, enjoys a brilliant cultural ambience in the United Arab Emirates that is rooted in its rich history and intelligence. It is referred to as the third largest Emirate in the UAE and is also regarded as the cultural capital of the country. The capital city of Sharjah has an invaluable historical legacy coursing back to 5000 years, and the town has retained its glory as one of the wealthiest cities in the Gulf region.

How has Sharjah accomplished its impressive growth and development?

Well, there are many factors which have been contributed to the city’s development over the decades like economic free zones, diversification, investment environment, political stability, and pro-business initiatives that have garnered Sharjah its many accolades. Since Sharjah discovered its strengths in the oil industry, it has hugely developed by utilizing the availability of natural wealth and wisdom provided by the Sharjah ruler H.H. Sheikh Sultan bin Mohammed Al Qasimi.

Sharjah is an only Emirate that on both coasts, the Arabian Gulf in the west and the Gulf of Oman (Indian Ocean) in the east. The coastline on the Gulf extends about 20 km and within 80 km to the Gulf of Oman. The city is home to the most significant number of natural reserves in the UAE. It also has a vast desert region, with some agriculture areas. It has five major cities with different features.

Arts and Culture in Sharjah

Over the decade, Sharjah has grown into a centre for arts and culture. The culture scene in the Emirate has flourished under the patronage of H.H. Sheikh Dr Sultan bin Mohamed Al Qasimi, Member of Supreme Council and Ruler of Sharjah. The UNESCO named Sharjah as the ‘Cultural Capital of the Arab World’ in the year 1998. In the year 2014, it was named as the ‘Capital of Islamic Culture for 2014’ by Organization of Islamic Countries. The city has also conferred the title of ‘Arab Tourism Capital for 2015’ during the 15th session of the Council of Arab Ministers of Tourism in Cairo on October 2012.

Today, Sharjah is home to nearly a quarter of all of the UAE's museums and popular events such as Sharjah Biennial and Sharjah International Book Fair.

The Emirate has a Sharjah supports a culture of entrepreneurship and innovation, housing almost 45,000 small and medium-sized enterprises focusing on manufacturing, gas, tourism, real estate, education, logistics, healthcare, and business services. In the year 2014, the GDP reached around AED113.89 billion.

The economy of Sharjah is highly diversified by regional standards, with gas and oil contributing less than 6% to the GDP, and no individual sector accounting for more than 20%. The city has had particular success in developing its industrial and manufacturing industry through a network of free zones and industrial zones that continue to expand and grow, and it is one of the leading industrial bases of the United Arab Emirates. The authorities have also taken a range of measures to boost foreign investment flows, supported by an attractive national business environment and competitive advantages, such as Sharjah’s comparatively low operating costs.

Sharjah is the gateway of global expansion and is looking at opportunities that are further than oil. The core has been to emphasis on innovative practices which are creating fertile conditions for international businesses by operating premium FDI policies to appeal global foreign investors.

Tourism is one of the foundations of UAE’s plan for a diversified economy, and is an essential source of foreign exchange; Sharjah holds a 10% share of the UAE tourism economy. The city has also made considerable milestones in developing culture-related ecotourism. The main areas which are now being focused to transform the Emirate’s economy are the sectors of environment, real estate, healthcare, transport and logistics, and travel and leisure

Sharjah has a long way to go in terms of being the largest economy in the UAE, and it has started sowing seeds to reach that goal. Only the future will decide what’s in for Sharjah.

We at Commitbiz help entrepreneurs start a business in the United Arab Emirates. Our consultants are well-versed with the legalities of business setup and make the process hassle-free. Should you decide to start a company in Sharjah, contact us – we’d be happy to assist you.