Impact of Warner Bros Park on Tourism in Abu Dhabi 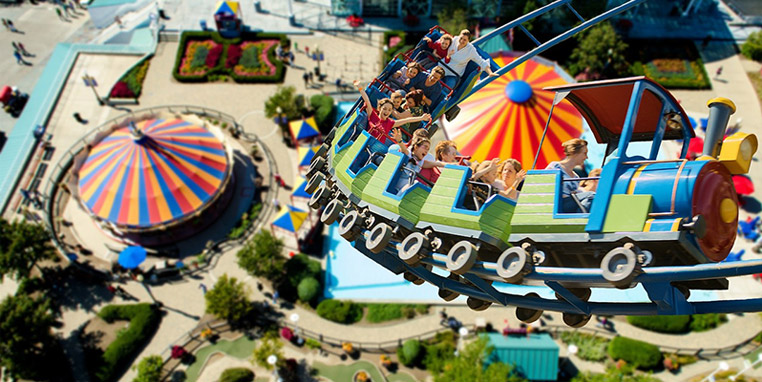 Warner Bros., one of the most popular names that have been etched in everyone’s mind since childhood, is an entertainment and animation hub. It is an American Entertainment Company headquartered in Burbank, California.

The establishment of Warner Bros World Abu Dhabi is yet another breakthrough in the Emirate’s journey to improve its tourism offering further and help establish it as one of the world's leading tourist destinations. Traversing more than 1.65 million square meters and costing $1 billion (Dh 3.7 billion) to build, the Warner Bros World is the biggest indoor theme park in the world. It is also the first branded indoor theme park.

What makes it special is its immersive nature. Usually, what we see in theme parks is the ride area which is highly themed and interactive, but when you are done from that area and step back into the park again, you are out of the world.

Warner Bros. has set it one of the largest indoor parks in Yas Islands and also is one of the reasons for the growth of the hospitality sector in Abu Dhabi. The grand opening of the park was on 25th July 2018.

The theme park covers an area of almost 1.65 million square feet that usher superheroes and villains together and is built for $1 billion. The world-class fun destination embraces 29 thrill rides, daily live shows, interactive family activities, and theme parks in its arena.

The Warner Bros Plaza is the first of immersive lands tourists will see as soon as they enter the theme park. It is at the center of everything connecting with the rest of the park.

The plaza area itself is themed around marking the golden age of Hollywood, with its streets lined with restaurants and cafes.

Gotham City is another one of the six lands set up in the park, and exactly like comic books, animation series, and films, the area truly replicates the fictional and gritty Gotham scene. The area contains some of Batman's most famous villains, such as The Joker, Cat woman, the Riddler, and Mr Penguin.

Scooby-Doo, Bugs Bunny, Daffy Duck, Tom and Jerry- all of your favourite childhood characters can be found in the Cartoon Junction. In adverse to the dark nature of Gotham City, Cartoon Junction is bright and colourful all year round and much more comfortable.

It's a place where the cartoon characters you loved and grew up with truly come alive.

Established in the Metropolis section of the theme park, the ride is an immersive theatre experience featuring special effects such as the Justice League, along with your help, fights to save our planet. You've watched them on the big screen, and now you have become one of them.

This is also located in the Metropolis, and the burger joint comes straight out of DC Comics and is designed as a proper diner. Along with the fries, burgers, and milkshakes, the diner will also have written headlines from the famous Daily Planet, so you will feel like you're eating in Superman's very own city, reading his newspaper stories.

Naturally, such attractions are bound to make tourists of all ages flock to the city of Dubai. It is safe to say that Warner Bros Park has created a lot of hype around the people of the UAE and will create the tourism boost that was much needed for Abu Dhabi.

Yas Island, Abu Dhabi is a leisure hub that presents an amazing experience every single moment. It blends a wide range of experiences streamlining lively music and has breath-taking roller-coaster rides; it has got all that you want to wish to explore.

Understanding its tourist attraction and future growth, Warner Bros. came up with its ultimate fun hub Warner Bros. World Abu Dhabi, to leverage the fun experience to the utmost level and for business setup in Abu Dhabi.

Let us have a look at the type of lifestyle on Yas Island.

Coming on to the food front, Yas Island presents mouth-watering delicacies that you desire. It covers more than 160 restaurants dealing with different cuisines and also contains the world’s best cooking talents.

Another fashion hub in Abu Dhabi is the Yas Mall. This shopping center covers more than 400+ top brands of the world, spread over 3 floors.

It also contains a wide number of restaurants dealing with several cuisines.

As we have seen the massive step taken by the entertainment hub, by foreseeing the future of the Emirate and its hidden business potential, we can say that this initiative of Warner Bros Abu Dhabi will not only be a center of attraction for tourists but on the other hand, it also widens the scope of many business industries.

As mentioned earlier, the hub would attract a population of 48 million worldwide. Business Setup in Abu Dhabi will get a further push from this crowd. The theme park widens the doors for foreign investors who want to expand and grow their businesses at an international level.

Besides all the business opportunities in Abu Dhabi, a few of the targeted business industries here include:

Food and hospitality are a person’s basic needs. Since the future demand for visitors is expected to be higher in millions so there would be a large opportunity for restaurants and food industries.

Entrepreneurs who hold a dream to open their own business in the field of hospitality can avail this great chance to set up their business in Abu Dhabi Warner Bros World.

This theme park aims to attract a worldwide audience. There would be a huge demand in the tourism sector in the Emirate.

Any entrepreneur who wants to set up a business in Abu Dhabi in the tourism sector should take advantage of this golden opportunity. This would help in growing the business at a faster pace and will also be able to contribute to the tourism sector at large.

The retail industry would be one of the most booming sectors. There are dedicated areas in the theme park premises dedicated only to retail stores.

Our business experts will help you in setting up your business in Abu Dhabi and help you to understand the international market. To proceed to the next level, do contact us, and we would be glad to assist you in the process.

How is the cartoon junction of Warner Bros. Park in Abu Dhabi?

Scooby-Doo, Bugs Bunny, Daffy Duck, Tom, and Jerry- all of your favorite childhood characters can be found in the Cartoon Junction. It's a place where the cartoon characters you loved and grew up with truly come alive.

When was the grand opening of the park?

What is the area of the park?

The theme park covers an area of almost 1.65 million square feet that ushers superheroes and villains together.

What are the immersive lands in Abu Dhabi Warner Bros. Park?

What are the other tourist attractions on Yas Islands?