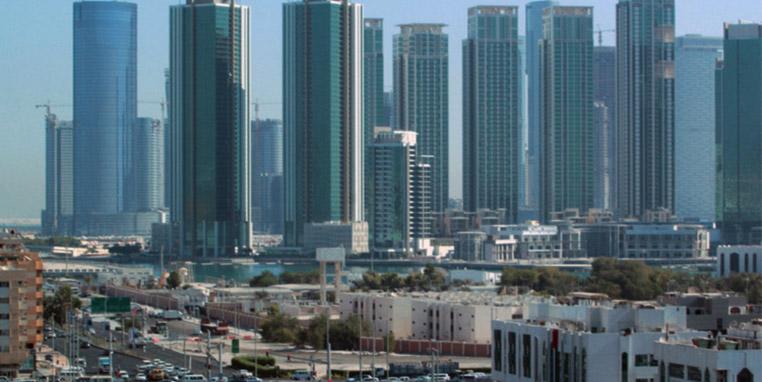 Recently a news has been released that China’s manufacturing giant East Hope group decides to invest $10billion on an industrial project in Abu Dhabi’s KIZAD. Under this agreement, the two entities are looking into a possible 15-year, three-phase plan to develop 7.6 square kilometres of land at KIZAD. The agreement was signed by  Meng Changjun, president of Investments, East Hope Group and Samir Chaturvedi, CEO of Kizad, in the presence of Rashed Matar Alsiri Alqemzi, consul general, UAE Consulate General in Shanghai and Yongxing Liu, chairman of East Hope Group.

China’s major manufacturing company East Hope Group Co. Ltd. operates as an investment company. Headquartered in Shanghai, is the latest Chinese firm to realize the potential of Abu Dhabi as a Middle Eastern hub and a gateway to the region, Africa and Europe. The Company was founded in 1982 and already has plants in Vietnam, Indonesia and Singapore and the Company invests in electricity, non-ferrous metals, bio-chemicals, and other industries along with aluminium and related products, as well as animal feed.

The Khalifa Industrial Zone Abu Dhabi (KIZAD) is Abu Dhabi’s first integrated trade, logistics, industrial and free zone, that offers outstanding market access, lower operating costs, and greater ease of doing business in the region and globally. This industry has a world-class transportation infrastructure, with multimodal connectivity by road, ports, air and future rail networks. It has a sum of 17.4million square meters of land access and represents a total investment of more than AED65 billion. KIZAD has currently more than 200 national and international investors. Recently this industry has attained ISO 9001:2015 quality certification, the latest version of the world’s most popular quality management system standard.

The collaboration of East Hope Group and KIZAD

According to this proposed project, East Hope would develop an alumina facility in the first phase, while the second phase would include a red mud research centre and recycling project, a statement said and the final phase of the project would see large-scale upstream and downstream non-ferrous metal processing facilities, it added.

KIZAD investigates setting up in Abu Dhabi, including ensuring the best utility prices, acquiring the land, creating a masterplan and handling the import of raw materials through Khalifa Port, and storage so as a part of this agreement this giant would support East Hope Group in every aspect.

Yongxing Liu, chairman of East Hope Group, said: “I am looking forward to integrating our advanced production capacity in the heavy industry with the UAE’s advantages, setting up the strictest environmental standards to establish this new project, facilitating the UAE’s sustainability ambitions. This project will become the benchmarking project along the Belt and Road Initiative between the UAE and China.”

Chaturvedi the CEO of KIZAD added: “We are delighted that a company of the size and stature of East Hope Group has recognized the unique value proposition of KIZAD and shown interest in joining our thriving and expanding industrial and trade community in Abu Dhabi.”

The collaboration of those substantial industries would definitely show up a lot more opportunities and benefits for the citizens of the UAE. As Abu Dhabi is a major oil export country in all over the world there are a lot of industrial opportunities are clearly evident. In the first phase, East Hope Group would develop an alumina facility. Alumina is often used as a filler for plastics. The compound is also widely used as an abrasive and is a less-expensive substitute for industrial diamond. In special circumstances, the free or natural alumina forms into sapphire and ruby gemstones. These gemstones can be produced synthetically and are occasionally referred to as alumina. Along with this in the second phase, East Hope Group has decided to focus on the red mud research centre and recycling project.and in the final phase project would see large-scale upstream and downstream non-ferrous metal processing facilities.

Because of its magnificent infrastructure and world-class connectivity a lot more investors are putting their steps up to invest in this country which is influencing the country’s economy in a substantial way. Not only just the economy but also the job opportunities for the citizens of the country.this time the opportunity is going to be huge after an investment of $10billion in the industrial firms.

This remarkable alliance of  Chinese manufacturing giant East Hope Group and investor KIZAD is not only going to be a major development for the country but also is going to strengthen the bond between two massive countries and would be helpful for creating more business opportunities and trading between two countries. Contact us to get more information regarding the opportunities in Abu Dhabi.