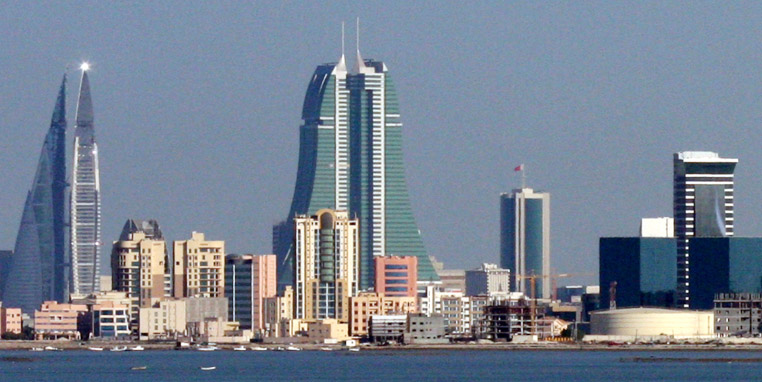 The kingdom of Bahrain has shown an increasingly sharp rise of 4.3% growth in the non-oil sector with an annual growth rate of 2.5 percent. Meanwhile, Bahrain is effectively progressing with its recovering economy as the normalized oil-based economy is brought to less than 30 percent of the nation’s total economy with major contributors being non-oil sectors as the key drivers of economic growth.

According to the Bahrain Economic Development Board (EDB), the regional economy is recovering back from the slow economic growth across the year and is moving forward at a pace slower than expected. On the contrary, the non-oil sectors are drivers of the economic growth as they have exhibited a constant increase in their contribution and expanded their reach by making a significant contribution to Bahrain’s economy and making it stand out in the region.

The major contributors in Bahrain’s non-oil sectors are construction (up 6.8%), manufacturing sector (up 4.5%), trade, real-estate and, finally, tourism, which is growing at a fast pace due to increase in visitors’ year-on-year combined with the rise in the average number of days the people stay back in the country.

The manufacturing sector has shown a tremendous expansion and rise in the production during the year contributing 20 percent to the Kingdom’s Gross Domestic Product (GDP). Today, the industrial sector in Bahrain is the fastest growing with forecast to grow rapidly even further in line with the government’s policy to diversify and expand the economy away from the oil and natural gas.

The renewed expansion in the construction sector with large-scale infrastructure projects in the pipeline assures that the industry is likely to accelerate over the upcoming years with a growth rate of 6.7 % year-on-year as the construction activity supported by the government to build supporting infrastructure and facilities that help to sustain a range of activities across the economy.

The Bahraini tourism industry continues to expand across wide-range of metrics, with the rise in the number of visitors & tourists who come to experience the historical sites, beaches, and exciting nightlife that the country has to offer. The increased economic growth across GCC will benefit Bahrain as the renewed spending power spurs growth in the tourism activity.

Looking forward, the Kingdom of Bahrain is likely to offer world-class tourism experience reinforced by the significant rise of regional visitors and international tourists. In any case, Bahrain’s tourism industry is set to boom combined with the rise in the investment in tourism infrastructure such as hotels & resorts combined with the surge in the numbers of visitors.

Expectations of more rapid growth in 2019 are forecasted as the economic rise underpinned by the expansion of construction, diversification of manufacturing by private players, and strong-lending activity in the trading sector that offers credit & loans to the private sector. With the surge in foreign investments, these activities play a major role in shaping the manufacturing, construction industry.

The operational success of the private sector industries across the Kingdom can be explained by the supportive Bahraini ecosystem that recognizes the industries and carries out sustained efforts to improve business and regulatory environment. According to the IMF’s World Economic Outlook, forecasted that Bahrain’s economy would continue to be the fastest growing economy in the GCC in 2019.

With the value of the GCC economy destined to excel and exceed $2 trillion by 2020 as it shifts the focus away from an oil-dependent economy into a strategically diversified market with enormous business opportunities. If you want to know the business opportunities in the Kingdom of Bahrain, feel free to contact us. We are a team of professionals experienced in setting up business operations in Bahrain.