All about Dubai’s New Future District 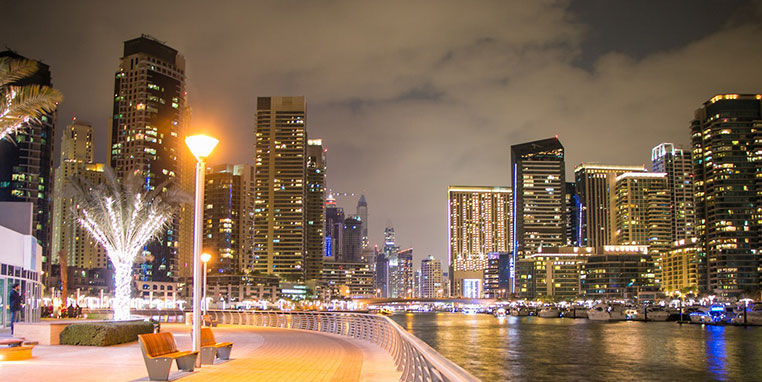 “Dubai will become the world’s capital of the new economy. The new economy will focus on the 50 goals agenda that we seek to achieve in the next five years. The Dubai Council will focus on opening new economic sectors for the emirate and transform its existing sectors. The new Dubai offices for trade and tourism promotion will be based worldwide, and the unification of external efforts will carry better results for the Dubai economy.”

One of Dubai’s economic policy hallmarks is its firm bet on ease of doing business and fostering new talent and innovation. We all know that the government is actively working on promoting a new business district in Dubai South to take over a portion of the Expo 2021 Dubai facilities, a new development recently announced its plans to be a global leader in innovation.

Here’s what we know about the recently launched Dubai Future District.

What is Dubai Future District?

The Dubai Future District is a plan to create a space to support the economy of the future. His Highness Sheikh Mohammed bin Rashid Al Maktoum announced the launch of an AED1 billion fund to support new economy companies who will operate in this district and who have the potential and foresight to drive Dubai’s new ecomodernist and contribute to enhancing the emirate’s position as a preferred destination for global talents and entrepreneurs, through many initiatives and projects aimed at turning Dubai into a nexus for business and an integrated investment environment that offers exceptional facilities.

The Dubai Future District has several components. First, it will use a bridge to connect Emirates Towers, the Dubai International Financial Centre, and the Dubai World Trade Centre (DWTC) to form the world’s largest area for innovation. Plus, its location behind the Museum of the Future will give it a prized position to support “new economy” entities that Dubai deems imperative to supporting tech startups. However, there’s a lot more to this new district than having multiple business centers acquiesce around it with the Emirates Towers district strategically in the middle. These initiatives in the city are a further reflection of the UAE's efforts to diversify its economy away from oil.

What else does the Dubai Future District have?

The new district will provide attractive financing and legislative facilities for businesses. The target set for Dubai’s non-oil foreign trade by 2025 is AED 2 trillion, companies and the Dubai Future District is expected to contribute to this goal.

Moreover, 50 offices will be opened around the world to attract talent to the UAE from different industries. Each of these offices will work towards promoting Dubai as a lucrative investment hub as well as a tourism hotspot. They will serve and facilitate innovators, tradesmen, tourists, and global investors.

Among the other programs that stand out most are a stock exchange under the auspices of the DIFC to offer future economy entrepreneurs more flexible funding options. There’s also going to be a Future Economy Research Centre that will house specialized laboratories to foster research in the sphere, as well as space to house accelerators and incubators for these enterprises. The area will also serve as a destination for conferences on future economy topics by connecting the sector and its stakeholders.

Do you want to be a part of the innovation and set up a Business in Dubai?

If you’re interested in setting up your business with a head office in Dubai, we at Commitbiz have a long, established track record in building businesses in the UAE. If you would like to get started on your Dubai business setup journey, don’t hesitate to get in touch today.

How much capital was invested in Dubai Future District?

What is the objective behind Dubai Future District?

To accelerate the future economy by supporting the new economy companies.

Where the fund is generated for Dubai Future District?

What is the fund's investment strategy deployed in the Dubai Future District?

The fund intends to invest half of its funds in local venture capital funds and the other half in businesses directly or through Future District-affiliated initiatives.