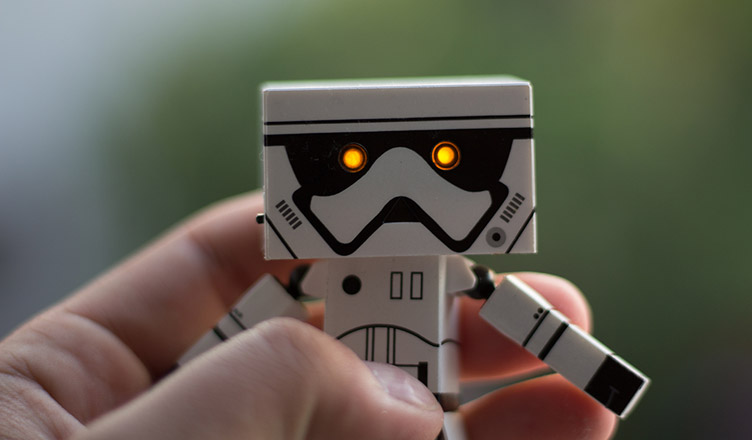 It is said that human beings are the most complex machines in the world. We are self-aware, cautious, have the ability to think and improvise while doing a job. What if, a computer program or a robot or a machine was self-aware or knew what it was doing? Artificial Intelligence (AI) is the answer to the question. AI is going to be the futuristic technology which will be dominating the world in the next 10 to 15 years. Machine learning to interact with humans will be the next mode of the interface.

What is artificial intelligence? How will it change the world? Why is the UAE adapting AI? Is it for real or just a hoax? Here are the answers.

What is artificial intelligence?

As a common person, we are bound to think that AI and robots are one and same. This idea of AI and robots being the same has been implanted into our minds by movies like The Terminator, The Machine, and Robot.  But in reality, they are 2 different aspects of 2 different fields of science.

Let us see what these terminologies actually mean.

AI is a type of computer program which is developed to perform tasks which otherwise require human intelligence. AI is an algorithm which gives an ability of learning; understanding languages, problem-solving and logical reasoning.

AI is applied to many other disciplines than just robotics at present, for example, Google search, Siri (Apple’s personal assistant), Amazon’s transactional AI; even when we see robots performing tasks, it is not always AI; it is a non-AI programming algorithm which makes them perform a set of tasks.

Robotics is a field of technology which deals in making robots. Robots are programmed machines which perform certain tasks, according to the orders given to them.

There are 3 aspects which make a robot:

How is AI going to change the world?

As we are clear on the two different terminologies, let us go through how AI is going to change the world.

“Everything that civilization has to offer is a product of human intelligence; we cannot predict what we might achieve when this intelligence is magnified by the tools that AI may provide, but the eradication of war, disease, and poverty would be high on anyone's list. Success in creating AI would be the biggest event in human history. Unfortunately, it might also be the last.
~ Stephen Hawking, The Independent, May 1, 2014

AI is being adopted by many sectors in the world which will bring a new perception to the world, like:

We are witnessing this concept of self-driven cars, but we are yet to develop the exact AI for traffic control, road safety, and sensor installed roads. Regardless of all the modifications, the technology isn’t perfect. Google has been testing self-driven cars from 2012, the next step would be into self-driven buses and trains.

AI robots might be able to save a lot of lives by taking over jobs, like working in a nuclear plant or defusing bombs. Although we see robots defusing bombs, they are particularly drones and are controlled by humans. But in the coming future, there will be a certain type of AI programmed robots which will take human involvement in hazardous jobs to a minimum. But in contrast, many jobs will be affected by AI domination.

The medical world has seen many revolutions since its origin, yet it has not able to meet its full potential of curing people. The medical world is not able to figure out the treatment for many diseases or is not able to treat its patients the way they should be treated. The reason behind this is the lack of data analysis; we are limited by our thinking and analyzing capabilities. Artificial Intelligence will have access to lots and lots of data and its deep thinking and analyzing capability will allow doctors to know exactly how they should treat their patients. For example, if two people have lung cancer, AI will analyze their medical history and provide two different treatment plans to the doctors.

AI has and will gain access to an infinite amount of data around the globe and analyze it within no time. This feature is a must for any form business will be made easy by the adoption of AI. AI will have its hands on many other functions of business like:

Why is the UAE Adopting this Technology?

Many countries like the US, the UAE have adopted AI and will be shaping the future of their country using this form of technology. Recently, the UAE has set foot in AI. UAE cabinet has appointed its first AI minister Omar Bin Sultan Al Olama. He is the world’s first AI minister to be appointed by any country. AI in the UAE will not be only an advanced technology but it will be acting as a tool in many sectors and will be among UAE’s top priorities.

Which industry is responsible for innovating AI in the UAE?

What is the goal to adopt AI in the Innovation Strategy?

To adopt the future technological advances in a variety of sectors.

As mentioned in the Innovation Strategy, which are the sectors in that AI will be implemented?

What is the expected gain from artificial intelligence in UAE?

What is the UAE's share of AI graduates in the specialized factors?