The Exponential Growth of the Tourism Sector in Bahrain 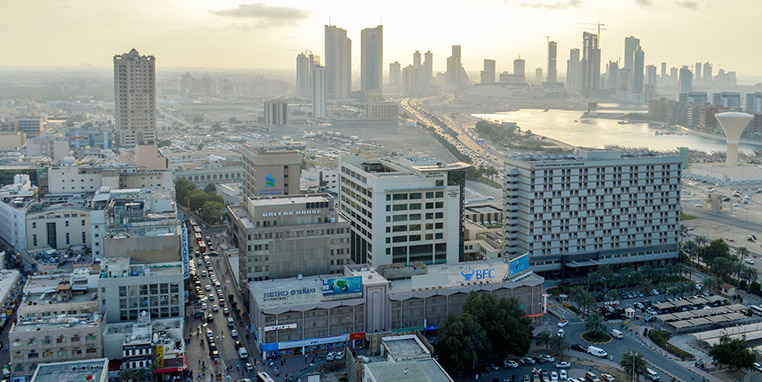 Bahrain is located between the Qatar Peninsula and the Easter Coast of Saudi Arabia and is considered as one of the friendliest countries for a foreign tourist to visit. This sense of security has resulted in the fast-paced growth of the Bahraini Tourism Sector. Seeing this rapid growth, President of the Supreme Council for Environment, Sheikh Abdullah bin Hamad Al Khalifa has partnered with the Bahrain Tourism and Exhibitions Authority (BTEA) along with many private investors to fulfil a very huge project which is expected to make Bahrain one of the most important destinations to be visited by a foreigner. This has made starting a company in Bahrain in the tourism sector, a very lucrative and profitable opportunity for businessmen all over the world.

Most of its visitors are from the neighbouring Gulf countries but an increase in the number of tourists from outside the country can be seen. This nation amalgamates its huge and old history with modern Arab culture. Home to numerous forts, including Qalat Al Bahrain listed as a World Heritage Site by UNESCO, Beautiful Al Areen wildlife sanctuary, The Famed tree of life which survived in the desert for hundreds of years, etc. which are only some of the tourist attractions in Bahrain that attract tourists from all over the world. Bahrain also hosts the Annual Spring of Culture Festival of March and other internationally renowned events that attract a lot of tourists every year.

Travel and Tourism industry contributes almost 9% of the total GDP of the nation and is one of the leading sectors to have a drastic growth spurt. This growth is complemented by the various developmental activities such as the expanding of the Gulf Air fleet, State of the art shopping malls, an increasing number of world-class hotels, etc. Bahrain welcomed almost twelve million tourists last year and the number is expected to increase by 2022 to fourteen million. It is also projected that by 2022, the tourism sector would generate more than 10% of the GDP of the country.

Reasons for the Boost in Tourism in Bahrain

The Kingdom of Bahrain has enjoyed the reputation of the favourite weekend destination for relaxing and shopping for the GCC citizens, but now the tourism sector is looking for more ways to encourage the visitors to stay longer. The following are the reasons which play a key role in the growth of the tourism sector in Bahrain.

The expansion of the Bahrain International Airport is set to be completed by 2020 and will help in the handling of the increasing number of passengers. The airport will have new runways and will be able to accommodate almost 14 million passengers at a single time. Also, Bahrain and Saudi Arabia finalized the proposed transport link between them which would comprise of four lanes and can also house a freight line for the easy transportation of goods.

Currently, the Kingdom of Bahrain levies no taxes on the business on the income, sale, transfer etc. until and unless they are dealing in the oil and gas industry. In such a case, the business is subject to a tax of 46%. They also have implemented VAT in Bahrain which is effective from 1 January 2019.

Bahrain is an island country and has very beautiful beaches and foliage alike. Bahrain is set to recover its pearl industry and is striving to make itself the diving hub in the region. The Bahrain Real Estate Development (Edamah) is working on an ambitious plan to transform the Island of Hawar into an eco-friendly tourist destination. The future of eco-tourism is very bright and provides loads of business opportunities in Bahrain.

Almost one-quarter of all visitors to Bahrain report shopping as their central motive of the visit to the country. Understanding the important part of the retail sector in tourism, the government allocated a part of the budget to develop its retail destinations such as The Avenue Mall and Dilmunia Mall. Other destinations which are in development include the upcoming 265,000 m2 KFCDF retail district and the 183,000 m2Marassi Galaria Mall. The Bahrain International Investment Park also provides huge opportunities for an entrepreneur who wants to start a business in Bahrain.

To properly house the increasing number of visitors, the country has almost 120 registered hotels currently in operation with several new 5 star hotels set to open in the near future. This includes the projects like 263 room five star Wyndham Grand Manama in Bahrain Bay and One&Only Resort, which will add 150 rooms, along with villas and estates.

In an effort to enhance the tourism sector, the BTEA has joined hands with a mix of public and private groups including the office of the First Deputy Prime Minister, the Supreme Council of Environment and other private parties to develop new and interesting projects that will enhance the tourism sector of the country and also help in increasing the share of the GDP of the sector.

Speaking of new ventures, it was announced that Bahrain is going to launch the world’s largest underwater theme park which would cover over 100,000 m2, complete with a submerged decommissioned Boeing 747 jet. The other features will include a submerged replica of the Bahraini pearl merchant’s house, artificial coral reefs and other sculptures that would assist in the coral growth of the area and will also form a habitat for the various marine animals of the region.

This dream project is expected to attract diving enthusiasts, researchers, etc. from all around the world. This marine park will also collaborate with various universities and colleges so that the students could learn about the marine life within the area. There are also plans to create the largest coral garden in the world along the coast of Fujairah which would be so huge that it is expected to break the Guinness World Record.

The tourism sector of Bahrain is striving very hard to attract tourists from all over the world and is developing the tourism and hospitality sectors of the country. New regional destination malls and outlets are opening to enhance the retail offering. Bahrain is also focusing on developing its offering for business travellers, eco-tourists and cruise liner passengers. This makes Bahrain a very lucrative option for any businessman or entrepreneur to start a business in the tourism and hospitality sector in Bahrain.

If you are looking to setup a business in Bahrain, you can avail the services of Commitbiz. We, at Commitbiz, provide you with various business consulting services and help you in the process of setting the roots of your business. We also provide company secretarial services so that you can focus on the growth of your business. To know more, contact us– we’d be happy to help.