Mergers and Acquisition Scenario in Dubai 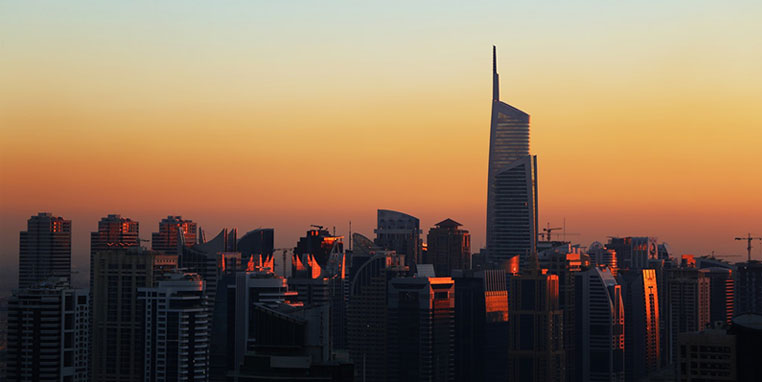 Merger and Acquisitions mean overtaking of one company by another company. The deals of M & A are performed to increase the sustainability to acquire a company and to improve the market area. This blog deals with the scenarios of Merger and acquisitions in Dubai, their rules, and needs. Please read it and get enlightened.

What is meant by Merger and Acquisitions?

When the two nearly the same size company joins hands to form a new big and separate company, it is called the Merger of companies. The two companies joined hands to increase their efficiency, capabilities, and sales. The agreement of Merger is equally agreed, and both the companies are equal partners in the newly formed company.

The acquisition takes place when one company folds another company entirely by the company purchase. Buying a company or its shares completely can be done either friendly or by hostility. The main agenda behind the acquisition is to form a larger operational unit.

Why is the M&A done?

The M&A is done to form a more extensive business setup globally to increase the market value as well as share value of the company. Some of the reasons for M&A are stated below-

Past scenarios of M&A in the UAE

In UAE, the M&A market has faced many of the same challenges that have been affecting M&A market worldwide. During 2010-2015 M&A, deals worth $105.5 billion are witnessed with GCC companies. According to the report, UAE saw $21.29 billion from M&A deals, which accounts for 62% of total sales during that period. The M&A activities have gained tremendous transaction over the years due to robust fundamental geographical locations and an increase in investment in UAE. From 2015 onwards, there is a constant increase in the M&A turn over, and from there it never turned his back towards globally facing issues.

Present Scenario of M&A in the UAE

Mergers & acquisitions (M&A) deals in the UAE more than doubled in 2018 to $10.4 billion (Dh38.19 billion), according to data from Merger market, a provider of M&A data and intelligence. The Middle East and North Africa region {MENA} as a whole experienced a significant hike in deals and deals value in 2018. In 2018, M&A made total sales worth $26.76 billion, resulting in a hike of 67% from last year. Abu Dhabi National Oil Company (ADNOC) played an essential role in deal flows in the UAE with a series of seven divestments on its energy assets worth $6.2 billion. The total deal count in the region last year jumped by 15 deals to 148, compared to 133 in 2017.

Mergers & acquisitions (M&A) deals across the GCC countries are expected to pick up pace in 2019 as companies across critical sectors are seeking cost savings, synergies and efficiencies to compensate for the slowing economic growth across the region. If a businessperson like you wants to taste the success of a company's profit, Set up a business in Dubai as soon as possible to avail the benefits of Dubai Expo 2020 and M&A in late 19 and early 20's.

During the first quarter of 2019, the number of closed M&A transactions in the GCC increased by 39 per cent compared to the first quarter of 2018, according to data from S&P Capital IQ and GCC stock exchanges analyzed by Kuwait Financial Centre. The growth will continue as Dubai Expo 2020 is coming, which will surely increase the M&A market by leaps and bounds. Investors are waiting for this golden opportunity, so if you are planning for Merger or acquisitions, we at Commitbiz will assist you in M&A procedure.

The corporate entities usually form their company in two areas-

Mainland but outside free zone.

The legal framework of M&A activity is bound to be in commercial companies law (CCL). The CCL requires all types of foreign-owned companies [situated outside the UAE commercial-free zone area] to have at least 51% of its shares owned by UAE nationals or company-owned wholly by UAE nationals. Under CCL, M&A can take place by-.

The rules of CCL apply to companies that are listed in the Abu Dhabi Stock Exchange [ADX], the Dubai Financial Market [DFM].

Free zones are specially designated areas within the UAE established to attract foreign investment by encouraging companies to set up businesses and locate their operations. Each free zone has its administration and licensing authority responsible for issuing free zone licenses and registering companies. The main entities involved in the Free zone are private entities, so there is a restriction on transfer of shares. Private entities have to take permission from the free zone authority before Merger and acquisitions.

Two methods can do M&A in the private free zone. The typical process is by the purchase of shares or assets of another company. Another way is through a statutory merger. The type of Merger should be mentioned in the merger contract.

Dubai Expo 2020 is coming which will bring more opportunities of M&A. As discussed earlier 2019 will face a massive rise in this sector as the eyes of prominent businessmen are towards the spreading of business which will benefit them with substantial profit returns. The government is planning to give 100% return to the foreign established company and will also motivate them to expand their business, Merger and Acquisition is one the best way for growing the business. Commitbiz is excelling in providing world-class business management services to the businessperson. For further queries, you can Contact Us anytime.

What is a merger?

When the two nearly the same size companies join hands to increase their efficiency, capabilities, and sales to form a new big and separate company, it is called the Merger of companies. The agreement of the Merger is equally agreed upon, with both being equal partners in the newly formed company.

When one firm buys another company outright, it is called an acquisition. Purchasing a firm or its shares in its whole might be done in a friendly or hostile manner and the principal goal is to create a larger operational unit.

The country saw 21.29 billion USD which accounted for 62% of the total sales.

Deals worth USD 105.5 billion were witnessed.

Where are the CCL (Commercial Companies Law) rules listed for the UAE mainland m&a process?

The rules are listed in the Dubai Financial Market and Abu Dhabi Stock Exchange.