Dubai: A destination for Branded Retail and Design 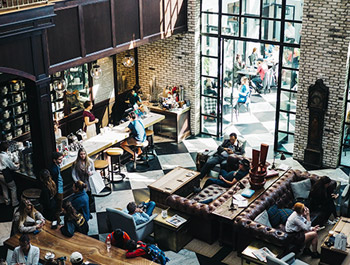 In the 1990s when Dubai was beginning to transform, the Deira city area which is known for its souqs also experienced the change, a change which catapulted the Retail Scenario of Dubai.  From a bustling ambiance of bargaining and traditional garments, along with spices and conventional perfumes, Dubai slowly changed its pace to become a Luxury/ Branded outlet for the world. Name any brand today, it is very much present in at least one of the malls of Dubai. All the well-known brands in the world, put together to provide a complete shopping paradise for the tourists and the people living in Dubai.

Why the Dubai Scene is different now?

The Dubai fashion scene has gone through various upgrades in the last few years. The fashion fraternity has misunderstood the Khaleeji consumer and underestimated the diversity of taste from the wider MENA region. Today the international players are better armed with market intelligence and better prepared for the local business culture. Dubai became the centre of the fashion world with “Franca Sozzani’s” initiative; the Vogue Fashion Dubai Experience was launched 3 years ago (i) 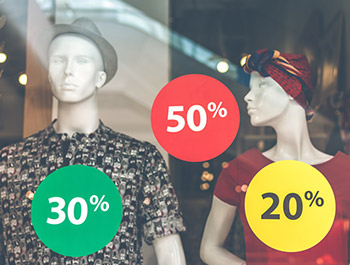 The prominence of the fashion scene is a phenomenon, as people have become thirsty for fashion and luxury, due to the increase in spending power over the years. Also, a way to understand this trend is to understand the social fabric of Dubai. Only 15% of the 9 million people residing in Dubai are Emiratis, rest of the people are expats or in other words network of Turks, Arabs, Iranians working here, which gives access to the 430 million consumers in the wider Mena region.

Fashion has become a necessity in the Middle East. Like any developed economy, Fashion is a way of life in Dubai and the ladies take their fashion very seriously. Known brands which have made their mark in the last few years are House of Fatam, Sauce, Lumi which has found prominence since the growth of retail. The economic growth in the region will increase from 2.2% in 2015 to 3.8% in 2017 (World Bank data estimates). The Apparel and Footwear sales in the MENA region is estimated to cross $139 Billion in 2017; 49% increase in sales as against to sales figures of 2015. Euromonitor Analysts suggest MENA’ s Apparel and Footwear market as the most promising and dynamic in the world of fashion today(ii). A little more than half of all the major international retailers have outlets in Dubai and a third of luxury spending in the Middle East happens here. After London, Dubai is the second most important city for international brands.

Dubai’s ambition to become a fashion hub got a hearty boost with the development of the Dubai Design District, which is intended to develop the fashion, design and luxury sectors. The investment is to be operated by Tecom Investments, which is known for its widespread investments in fashion(iii). By initiating this, the government is hoping that the district will encourage more nationals and expatriates to enroll in fashion, design and creative skills courses in the country while providing a base for designers who have international fame.

The strategic locations, coupled with the business-friendly environment have encouraged major industry players such as Ralph Lauren, Prada and Louis Vuitton to set up operations in Dubai. The Middle East luxury market had a growth rate of 10 to 15 % from 2011 to 2012, establishing the region as the 10th largest luxury goods market globally(iv). Today the luxury market in Dubai is very well developed and is competing with neighbors like Abu Dhabi, where the leasable retail space is growing. The margins for luxury business has always been good as it stacks up with affluent consumer base and growing number of tourists whose spend per capita continues to rise(v)

The strategic location of Dubai as a Retail and Fashion Hub

The retail industry makes 3rd of Dubai’s economy and shopping is tax-free. The iconic Dubai Mall received 75 million tourists in 2015. Shopping is the 3rd largest reason for tourists to come to Dubai. As fashion grows, the tourism industry in Dubai grows as well. Tourism and fashion are thus interlinked and drive each other in UAE. At present Dubai, Tourism is a big chunk of revenue driver for the Govt. Of UAE, which they wish to continue to support and promote strongly in the coming years.

For the fashion industry to thrive, a stable political and economic situation is a mandatory requirement. Beirut and Cairo were once the fashion hubs of the Middle East but they’ve lost their dominance due to revolutions and wars. Hence, today from a fashion industry perspective, Dubai has already become one of the top retail destinations in the world(vi).

At Commitbiz we work towards understanding your business and match it with our expertise and local knowledge. Setting up a business in Dubai has become very easier as compared to the early days. The Retail is a major market in Dubai and MENA region and if you are in the business of fashion, luxury or design and wish to establish your organization in this vibrant fashion hub, do contact us today.