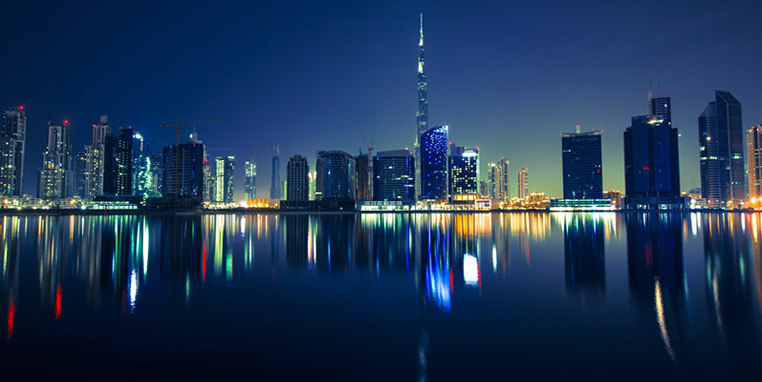 Abu Dhabi, one of the most popular cities in the United Arab Emirates, is famous for its oil and gas resources sustainability. Most of its revenue is generated from natural resources naming petroleum and natural gas, which makes the second largest economy in the Arab world. Abu Dhabi is rapidly growing their economy with the increase of high GDP and per capita income. Lately, It has launched round two bids for oil and gas resources to generate the economy and longer-term prosperity.

ADNOC claims that it has found fifteen trillion cubic feet of gas and a billion barrels of oil, which results in more than five percent as a whole in the world.

They launched their very first bid round to explore, develop, evolve the production of oil and gas. The successful closure of the first bid has led the formation of the second bid.

ADNOC promulgated the details of the second round of introducing five new geographical oil and gas areas for their upcoming journey to captivate the international oil companies for further exploration of oil and gas.

The licencing strategy represents a supreme magnification of how Abu Dhabi is unboxing new opportunities and expanding through the utility.

The successful bidders will have to sign an agreement under the terms, which allows them the exploration authority and the possibility to produce and escalate any discovery under the conditions which were set in the bid package.

The Territory for Oil Bidding in Abu Dhabi

The blocks from the first licensing bid and the second bid round, if put together have enveloped an approximately two-thirds portion of Abu Dhabi. Through these offerings, they initiated the interest of potential international bidders.In terms of area, the Offshore block 3 is the largest block provided by Abu Dhabi in both the bid rounds of 2018 and 2019 offering an area more than 11,000 square kilometres.

ADNOC'S words upon this matter were "major advancement in how Abu Dhabi is accelerating the exploration and development."

Sultan Ahmed Al Jaber is the State Minister of UAE, and positioning as the Director General and CEO of ADNOC group, his words upon this matter was  “The launch of these large new licensing blocks is an important step for Abu Dhabi and ADNOC as we develop and apply new strategies to realize the full potential of our resources, maximize value through competitive bidding and accelerate the exploration and development of new commercial opportunities.”

This was directed to reach and dilate the partnership strategy, which looks forward to establishing new opportunities to expand the partnership base. Also, UAE begins to broaden their portfolio, the new licensing blocks strengthens the long-term production growth aspiration and construct a strong legacy as a forefront upstream contender. According to them, it is a rare and exciting opportunity, for both the existing, new and upcoming partners in an established and stable investment environment.

How to Setup Oil and Gas Business in Abu Dhabi?

ADNOC has a block licensing strategy as it has launched bidding for appealing licensing opportunities, offered through research and developing the oil and gas production in Abu Dhabi. Three significant steps to be taken from the company to work with ADNOC

For the establishment of any oil and gas producing company in Abu Dhabi, the Consent of Supreme petroleum council is vital. SPC looks after generating the petroleum policy and regulations and has also secured the position of a member in ADNOC.

Where Would to Register Oil and Gas Company in Abu Dhabi?

It is crucial for any oil and gas company registration in Abu Dhabi as a Foreign branch or an LLC (Limited liability Company).The essential requirement is to have a local sponsor who's setting up any gas and oil company onshore.

Limited liability Company(LLC) - In Abu Dhabi, an LLC company necessitates at least 51% shareholding by an Emirati local sponsor. According to the rule, a foreign investor cannot have a share of more than 49%.

To conclude, UAE has formed an excellent platform to invest concerning oil and gas investors both local and foreign. All you need is to discuss with the business consultant to simplify the incorporation process as well as the legal procedure. Here in Commitbiz, we provide expert consultancy on . If you like to have a word, please do contact us. We would be glad to assist.